Toronto HotDocs Exposé of the Dangers of the Internet

Generally the birth of the internet is regarded as 1993, when Mosaic, the original web browser, was released. [Of course Sir Timothy John “Tim” Berners-Lee, a British computer scientist, is best known as the inventor of the world wide web, having made a proposal for an information management system in March 1989, and implementing the first successful communication between a Hypertext Transfer Protocol (HTTP) client and server via the Internet sometime around mid November 1989].

Since 1993 of course, Mosaic turned into Netscape, other general online search engines were born and devoured, and certainly in North America Google and to a lesser extent Bing (which has incorporated Yahoo) have come to predominate.

Along with this we have seen the dramatic rise of (and in some cases fall of ) a variety of social media sites, including MySpace, FaceBook, Twitter, LinkedIn, Pinterest, Google+, and many more.

The HotDocs festival chose to showcase 3 spell-binding perilous internet scenarios –
(1) Downloaded: The rise and fall of the MP3 music peer-to-peer file-sharing site Napster, outlining how, in 1998, Shawn Fanning and Sean Parker (both 18 year old Americans) revolutionized the accessibility of “free” music worldwide, leading to panic amongst musicians and the music industry, creating a no-going-back expectation amongst music fans. Consequences for both Napster and its creators, and the music industry itself, were dire – by the time Napster was shuttered, other file sharing sites had sprung up, and the manner in which music was disseminated or paid for had changed forever. Additionally, the music industry also went after some of the actual users of the service.
Many of the employees of Napster moved to Apple and created iTunes.

(2) The Pirate Bay Away from Keyboard, TPB AFK: the rise and fall of the movie peer-to-peer file sharing site TPB (BitTorrent), again outlines how Peter Sunde, Fredrik Neij, and Gottfrid Svartholm Warg (young Swedes) affected Hollywood the way Napster affected the music industry. In this case, not only was the site under attack by Hollywood, but one of the creators is in jail in Sweden, one is facing ajail term and one is abroad and is being sought by authorities. In the cases of both Napster and TPB, the creators made it very clear that they did not have the music or movies on their servers, but that they had merely written software allowing people to share with each other if they so chose.

While both of these scenarios lead to much reflection on copyright, copyright laws, and internet freedoms, the third documentary hits closer to home.

(3) Terms and Conditions May Apply: Here we saw how we are all held hostage by the terms and conditions to which we must agree to use many sites. It was pointed out, and we know this, that almost no-one reads these terms and conditions but we merely (and trustingly) put the little check mark in the little box (of course if we don’t, we can’t gain access to the site). The documentary outlines how Google, Facebook, iTunes, and others, have steadily reduced the privacy protection they offer, to the point where pretty much all information gathered is aggregated into large databases, mined, sold for profit, and most likely could be used to infringe on individual freedoms. It was made clear that GPS equipped cell phones, ubiquitous cameras in big cities such as New York, shopping habits (imagine a scenario where your insurance company knows every ailment you may have based on what you picked up at the nearby pharmacy), the seeing computer eye of the CIA, or the NSA, or any agency in whatever country you live, the advent of Google Glass, all may be leading to the ‘Big Brother’ world, if we sit idly by checking “I agree”. Check out www.tacma.net for further details. 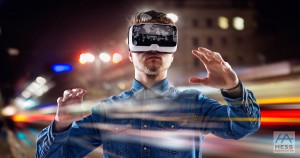