If a stranger came up to you and asked for your phone number, address, email address, birthday, credit card numbers, SINs, or SSNs, passwords, and similar information on all of your family and friends, you would be horrified, tempted to call the police, and would rush away as quickly as possible.

Yet, I repeat, yet, online, you are quite happy and most likely to provide that information willingly, in return, perhaps, for one chance in 10 million of winning a car, a trip, a free movie, a free meal, a book, you get the idea.

At least the stranger showed you his face – online there are billions of faceless faces listening and watching and gathering data. Is not the unknown scary? What happened to the monster in the clothes cupboard or under the bed, that we all knew and feared as kids? Perhaps we were right. Prescient even.

Who are these monsters? Let’s see – Twitter, Google, Facebook, Microsoft, ISPs, telecoms, smartphones, PCs, tablets, banks, insurance companies, retailers, food stores, and more, all of which gather and store unimaginable amounts of personal data and associated other information (known as metadata). This data is salable, attractive, in great demand by the NSA, governments, hackers, big business, onliners, and others.
As far back as 2013, a report in the Washington Post quoted Twitter as saying that “the US government continues to make the most requests for information about the social network’s subscribers”. Why not – it is not illegal. Also, disturbingly, Twitter was actually hacked back in February 2013, with hackers gaining access to information on over 250,000 users (Toronto Star, Feb. 2, 2013). Twitter also mentioned at the time that other companies and organizations were similarly attacked, despite all well-intentioned assurances of security. And up to now, 2020, hearing about breaches has become commonplace.

Dr. Ann Cavoukian, Ontario’s former information and privacy commissioner, published “A Primer on Metadata: Separating Fact from Fiction” (https://www.google.com/search?channel=crow2&client=firefox-b-d&q=a+primer+on+metadata+separating+fact+from+fiction) a while ago. She contended that hiding behind the innocent word ‘metadata’ is the way surveillance programs try to downplay the serious implications of the use of this data for digital profiling and invasion of privacy. Again, there are not really any legal restrictions on all of this – we humans created this magic so quickly that we can barely deal with the implications.

This has also led some to question as to who should govern internet privacy. Michael Geist, Toronto Star, July 27, 2013, once brought forward the worry that an internet which became the web which became a surveillance source, may not be safe in the hands of ICANN (an innocent body set up and governed by the US), and that in fact, countries may want to govern their own internet space. This would be a sad outcome indeed, isolationist, the beloved net no longer able to be called the amazing World Wide Web, taken over by greed and big government.

To this end, ICANN itself published a very comprehensive blog on What Metadata Are, and what the controversies about its’ collection might be (https://www.icann.org/news/blog/metadata-collection-and-controversy).

How to get around some of this? Pay cash, forget about telling everyone on Facebook what you had for dinner, whom all your relatives are, what you look like, what your newborn baby looks like, and don’t lose your smartphone! Also, apparently there are so called safe search engines such as DuckDuckGo, Qwant, Startpage, Swisscows, SearX and others which promise that they do not collect data (https://itsfoss.com/privacy-search-engines/).

Some of this, not all, as you may not be able to get around having home and car insurance, paying taxes, buying a car, seeing a doctor, filling prescriptions, owning a phone. One news report showed a high security division of an unnamed country going back to good old Underwoods, Royals, and carbon paper.

And remember that the monster in the cupboard and under the bed is there, and wants your data, and wants to sell it to every other monster. 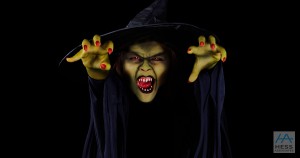