It is well known that Edward Snowden was recently interviewed by Brian Williams (NBC Nightly News Week of May 26, 2014).

Apart from the logistics queries as to why his asylum in Russia, it was interesting that Snowden reported that “I was trained as a spy in sort of the traditional sense of the word, in that I lived and worked undercover overseas — pretending to work in a job that I’m not — and even being assigned a name that was not mine”. Snowden made it clear that he felt that terrorist threats should not be exploited to justify illegal surveillance programs, and that in fact his leaks have led to changes in how the NSA programs are viewed by the public, U.S. Congress and even the President.

His feeling is that the US Constitution was violated on a massive scale, that the Government really overreached, and that whistle blowing became a necessity. Where one stands on the Snowden issue – patriot or traitor – a bit medieval really, is not as important as what he has revealed and what is happening to our privacy in the internet age. How does the government and how to we, simultaneously, strike a balance between total privacy and personal security? And does the government want to? It thinks it does, probably.

Clearly, the NSA, with complicit IBM, Apple, Microsoft, Google, Facebook, and ???, has been culling data from web and phone communications. The NSA actually gathers close to 5 billion records a day across the world, providing their database with locations of all of these devices. This is to help its Co-Traveller tool to find unsavory associations. At the same time however it follows you to all of your business and personal meetings, unless you turn the location part of your mobile device off. The NSA also collects millions of faces from web images. https://www.nytimes.com/2014/06/01/us/nsa-collecting-millions-of-faces-from-web-images.html?wpisrc=nl_swbd&_r=0

Earlier in March, 2014 CBS 60 Minutes discussed how retailers gather data on customers, a lucrative secondary source of income. They mentioned Take 5 Solutions, which runs websites such as goodparentingtoday.com, operates the site (and others) certainly to illustrate the good lives and ideals people live, but also for their serious business of collecting and selling information as a data broker. Apparently when we sign onto newyorktimes.com, other snooping programs are allowed to accompany us, observing and compiling data about what we look for, observing our movements, and ironically, this happens on the CBS site itself. https://www.cbsnews.com/videos/60-minutes-probes-data-brokers-and-online-tracking/ Tools disguised as fun such as Angry Birds take away data such as where the player is, sex, age, and other information. Optic Nerve (Toronto Star, Mon March 3, 2014), another scary program, gathered millions of still pictures from private Yahoo webcam chats, info shared with both the NSA and GCHQ (British), Australia, Canada, and New Zealand, reminiscent of 1984 (Orwell) where the state watched you.

Here in Canada the Canadian Civil Liberties Association is “challenging a federal law that allows for the warrantless disclosure of personal data to law enforcement and government agencies” (Toronto Star, May 22, 2014). It seemed according to interim privacy commissioner Chantal Bernier that many government institutions (Toronto Star, May 8, 2014) are gathering personal information from Facebook and Twitter – in actual fact, 9 telecom, internet, and social media companies were asked for user data over 1 million times in 2011. It is not clear whether the government is adhering to the stipulation of the Privacy Act that Ottawa has to ensure that the data is accurate.

Even more worrisome is a bug like Heartbleed, which gets to the heart of the internet’s security code and cracks in encryption – the so-called OpenSSL code, started back in the 90’s, with its goal of making the net safe from eavesdropping – a code used by the likes of Amazon, Facebook, Netflix, etc. This is not over yet.

Addendum: In late 2014, a documentary entitled CitizenFour, on the Snowden story was released. 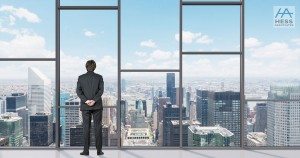