Back To The Future

Recently Google allowed people who access “Street View” to go back up to 7 years on selected streets so you could see for example how the new Freedom Tower evolved or how the Olympic Stadium in Rio came together. It seems that we are slowly creeping into the realm of fantasy such as the movie “Back to the Future” where “Doc” and Marty are able to travel forwards and backwards in time. Google still has a long way to go before achieving this level of science fiction.

Thinking about going backwards, The American Mathematical Society runs a genealogy application that also includes some theoretical physicists. It turns out that Nobel prize winner Richard P. Feynman can be traced to Carl Friedrich Gauss the 18th century mathematician who is also considered to be one of the three greatest mathematicians of all time; the others being Archimedes and Newton.

There is a certain creativity involved in extending a line of thought in any field. But there is even a higher level of creation involved when you juxtapose ideas that are seemingly unrelated and put together new illuminations. Kind of a “eureka” moment. To arrive at an “E” moment one can travel backwards, forwards, or in a random fashion.

It’s that amazing spark that moves the world forward to give us advances in every field such as the telephone, light bulbs, transistors and supersonic aircraft.

I am waiting for Google to do a DNA view of the metamorphosis of a species from a single cell. Not sure how long the wait is going to be. And perhaps even later, to be able to decipher how the “spark” occurs on a sub molecular basis. Perhaps the cures to cancers and diabetes and myriads of other diseases will be found by igniting more of these sparks. 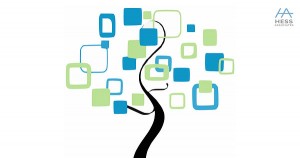