How Important Are Reference Letters?

A letter of reference is one in which the writer assesses the qualities, characteristics, and capabilities of the person in question in terms of that individual’s ability to perform a particular task or function. It is somewhat general in nature and not usually addressed to someone in particular. It is often used as a final step before an offer is extended. The applicant is usually asked for 2 or 3 referees, business, not personal. We always suggest that s/he only give the names of true referees, people who will back them up, and substantiate their value.

Most reference letters are of 2 forms:

Unless the referee was truly impressed and had superlative things to say, and assigned numbers of 8 or 10 to most questions, the question of the value of the letter comes into play. The letter then merely serves as a rubber stamp –

If you are asked, best to focus on positive skills and attributes, unless you have truly serious doubts about the actual ability of the person to do the job. Best to follow the old adage: If you don’t have something good to say, say nothing.

For example if the reference letter says “Yes, John worked here from 2004 to 2007 and worked as a ……”. then the value of the reference letter is questionable. It would be just as easy to call the HR department for this kind of verification of the dates of employment and the position held, as there is no indication of the quality of the work and whether desired results were achieved.

There are companies that bar their employees (at any level) from issuing a reference letter. This refusal is in fact legal, at least in Canada, and is mostly related to legal liability. At this point, all the applicant can do is explain the situation if this was his/her main previous place of employment.

A further complication now is that we (and employers and coworkers (or ex)) are often requested as a matter of course on the site, to recommend people on LinkedIn. Being reluctant by some quirk of human nature to say no, most people agree. Then when asked for a ‘real’ reference in real time at work, people are more cautious. Somewhat contradictory and really adds to the often meaninglessness of the process.

And what does the receiving/hiring company do with the letters? Unless they scream “no”, they are cursorily scanned and filed away for posterity, never seeing the light of day again.

Many years ago, I worked for an eminent and famous scientist who was asked, in my presence, for a letter of reference. I was shocked when s/he wrote: “I recommend _______”, signed and dated the letter, and gave it to the ‘poor’ soul. Even then as someone new to the workings of the work force, I was struck by the uselessness of the act.

Nothing has changed. Better to write nothing nor should you use such a person as your referee. 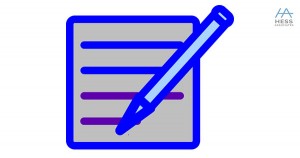