Stephen Poloz and Working for Free

In November, 2014 Mr. Poloz who is the Bank of Canada’s Governor told a Toronto audience that “Adult children stuck in their parents’ basements because they can’t find adequate employment should take unpaid work to bolster their resumes as they wait for the recovery to take hold.”

Most of these adult children would like to work in their chosen professions in entry or higher levels roles but some of these roles are advertised as “intern” positions and are unpaid.

An intern is generally defined as a student or trainee who works, sometimes without pay, at a trade or occupation in order to gain work experience.

The Ministry restricts when a person can work for an employer and not get paid for their efforts. One example is the college and university co-op programs where students obtain work experience to complement their classroom instruction. Another example is certain professions such as architecture or law.

The last example and the one gaining the publicity is when the intern is receiving important professional training but the employer obtains little or no benefit. The intern is also not promised a job at the end of the internship. They also are not allowed to take the place of a regular employee.

There are quite a few companies that are thriving by hiring unpaid “interns.” Not only do they not pay these “interns” but they don’t pay Employment Insurance, CPP, or any Workers Compensation
amounts. 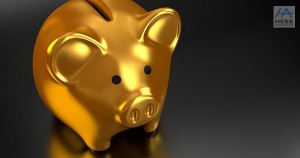