No Future for Voicemail on Land Lines

Most of us have a pretty good idea of the history of the telephone but if you don’t, just Google it.

With rotary phones, when it rang you answered it and if no-one was there it kept ringing until it stopped. There was no message and you had no idea who called. Then in the 1970’s you could attach a tape device to a phone that would record messages. As the price of these answering machines decreased, the market swelled.
You could record an outgoing message and record all of the incoming ones.

But then the telephone companies added features such as call display so even if a message wasn’t left, you knew who called. They also provided inexpensive, centralized voice mail which made the answering machines superfluous.

But then came the big game changer, the cell phone. This device changed the landscape completely. You can now leave a message on a cell phone which then converts it to text as well as saving the original message with the text. Very impressive.

Recently, Coca Cola dropped Voicemail at its US head office. As did J.P. Morgan Chase. I want to see it disappear from my land line as soon as possible to end my frustration with all the prompts and keying in numbers and security codes to get my messages. Progress comes through change and we can’t change that, can we? 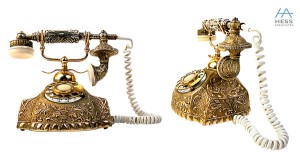