How to Annoy your Recruiter

How to Annoy your Recruiter

One situation that occurs for example is as follows: A recruiter asks the candidate whether they have applied to a specific company and they say “no they haven’t”.

In good faith, the recruiter submits the resume to his client only to learn that the person recently submitted their resume directly or even had it submitted by another recruiter.

Many candidates think that having their resumed submitted multiple times for the same job to the same company will increase their chances for at least landing an interview. In reality, the opposite occurs.

The company sees the multiple submission as a sign of a candidate that might be desperate for a new role or as a potential legal battle between recruiting firms competing for a fee for a potential placement.

The recruiter also has access to the hiring manager in most cases and can properly direct/manage a submission so that it does not go into the proverbial black hole. It is also easier for the recruiter to follow up on his/her submission.

In my experience, the company wanting to avoid a conflict generally gives such a candidate a pretty wide berth unless their skills are so extraordinary that there are extremely few candidates with similar skills, which isn’t usually the case. If it were the case, the company would have called them upon the original submission.

In general, a candidate should be as open as possible with a recruiter to avoid this kind of situation, and to benefit from the recruiter’s knowledge and contacts in the marketplace.

The recruiter generally takes note of people who feign no knowledge of previous submissions – they are not sure if they can trust anything this candidate says, and they wonder about how meticulous a worker this person could be if they don’t bother to, or can’t, keep track of where their personal information (resume) is sent.

Trust is always the basis for a great relationship. 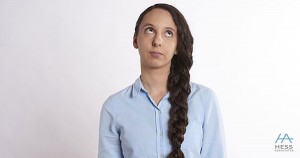