The “Pink Collar” Man in the Glass Elevator

Once upon a time, in a society far far away, rules were rules. Men worked in traditional male roles, such as construction, mining, medicine, accounting, management, executive roles, school principalships, science, mathematics, actuarial, and so on (https://ca.askmen.com/top_10/entertainment/top-10-male-dominated-industries_3.html). In fact, in the early 60s, I went to Sun Life of Canada to interview an actuary, to see what his role consisted of, what his work day comprised, to evaluate this role for a future career. He refused to speak with me, telling me that women did not work as actuaries, that no company would hire them, and it was a waste of his time to talk to me. That not being the 21st century, I did not call the local newspaper to “out” him, as one might do today. Instead, I went on to pursue science at the Ph.D. level.

At that time, there were certainly less women in these classes and labs, but we were not a great minority, did not think we shouldn’t be there, and never gave it a second thought. Actually, I was the only female in my high school physics classes, but never really thought about it. However, only the rarest, most outspoken. and cleverest of women rose to University Department Chairmanships, ran major research programs, and so on, but the move was underfoot.

Women mostly though, found themselves in elementary or high school teaching, nursing, administration positions, where they had their own hierarchy, and advanced through these ranks.

But what has happened to these female associated roles? MEN. Finding work harder to acquire in this difficult economy, men have turned to roles they never would have considered. Think – How many of your children now have male teachers? How often have you been treated by a male nurse? (Think of “Meet the Fockers”! – and admit it, deep down Ben Stiller’s character seemed to have an odd career for a man). These jobs have come to be called “Pink Collar” jobs. And to make matters worse, or better if you are male I guess, men are moving ahead of women in these realms, on what has been dubbed “The Glass Elevator”, zooming ahead of women, punching a hole in the roof akin to Willy Wonka in the “Great Glass Elevator” (https://allreaders.com/book-review-summary/charlie-and-the-great-glass-elevator-39833).

Women are still faced with the reality of taking time off to raise a young family, a lesser desire in some cases to advance and bear the burden of responsibility that comes with upper management, and are still regarded poorer leaders than men, part of a stereotype that may never go away (https://www.forbes.com/sites/jennagoudreau/2012/05/21/a-new-obstacle-for-professional-women-the-glass-escalator/#421016be1135).

So what are we looking at? The Glass Ceiling and The Glass Elevator – fighting to rise in a man’s world, or fighting to hold onto the female world. Best advice – just assume you can do it – why not? Women wear blue much more easily than men wear pink. 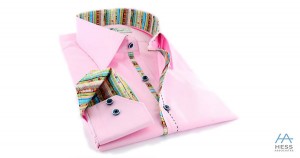