What is CRISPR-Cas9 and Gene Editing anyway?

The term CRISPR – Clustered Regularly Interspaced Short Palindromic Repeats – refers to the unique organization of short (partially palindromic) repeated DNA sequences found in the genomes of bacteria and other microorganisms. These sequences form a crucial component of their immune systems .

Scientists found that interspersed between the short DNA repeats of bacterial CRISPRs are similarly short variable sequences called spacers, derived from the DNA of viruses that have previously attacked the host bacterium. Whenever a virus invades, the bacteria takes a piece of it and adds it to the existing spacers, so effectively puts its sequence in a growing memory bank.

Double-stranded CRISPR repeats and spacers in the bacterial DNA undergo transcription, the process of copying DNA into single-stranded RNA molecules, which then circulate in the cell.

If a virus invades, and it has invaded before, these RNA memory strands (guideRNA or gRNA) will bind to the virus and direct the cell to destroy the virus by having the cell cut it up with a special enzyme called Cas9. Cas9 will be attracted to, guided to, the cutting site by the guide RNA. (see https://sitn.hms.harvard.edu/flash/2014/crispr-a-game-changing-genetic-engineering-technique/
for more detail and an excellent diagram).

CRISPR has applications in the food and dairy industries, preventing infection of crucial bacteria by viruses.

Scientists have adapted this technology to eukaryotic (plants and animal) cells, in order to carry out gene editing.
They use, therefore: Cas9 : an enzyme that cuts double stranded DNA at a specific place in the genome and gDNA: a predesigned 20 base long RNA strand (thus copying the spacer idea)
which binds to its complementary sequence in the genome, attracting Cas9, which then cuts the double-stranded DNA. As the cell prepares to repair the damaged DNA, scientists harness this DNA repair machinery to introduce changes in the gene. Essentially gene editing is a unique technology that enables geneticists and medical researchers to edit parts of the cellular DNA by removing, adding or altering sections of its sequence.

Going forward, the use of CRISPR technology and gene editing in medicine is only in its infancy.

Recently this technology has been the subject of a contentious law suit between the Broad Institute (Harvard) and UC Berkeley (details (https://www.statnews.com/2017/02/15/crispr-patent-ruling/). 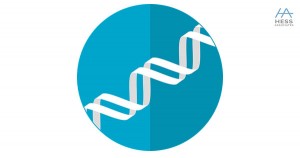