A Job Seniors Can Bank On

On May 15 I wrote an article on “Cool Jobs for Seniors” but omitted a job that the Wall Street Journal brought to my attention. According to the WSJ if you are over 60 and you know a computer language that was extremely popular in the early 1960s, namely COBOL, you can definitely find work, (when you feel like working) and be well paid for it.

Maybe being a Cobol programmer isn’t the coolest job for a young coder who prefers coding in Python, Java, C++ or Ruby but for an old coot the chances are that Cobol might just outlast many of these modern computer languages.

The question is why?

The answer is simple. Millions of banking transaction every day are driven by Cobol and the banking industry can’t afford the change and disruption a conversion to newer systems would involve. That’s not even discussing the complexity and the cost of such a conversion. So these dinosaurs, (the banking systems as well as the Cobol programmers) plod onwards.

In 2017, Reuters published a piece of research by Celent, Accenture, IBM and several others:

These are some of the reasons why Cobol is still around.

Some of the smaller banks have transitioned to newer systems successfully. But with the major banks, there is far too much at stake
if their customers have no access to their accounts.

I must tip my hat to Rear Admiral Grace Hopper who invented Cobol, a compiler that translated high level language into machine language.
That was in 1959 so next year will be Cobol’s 60th birthday.
—
Herbert Hess is the founder of Hess Associates, a recruitment firm involved in placing contract and permanent staff in the IT, Medical Device, and Biotechnology sectors. 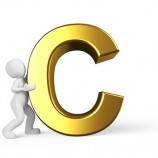