Salary Transparency in Job Posts – It’s on its Way

Salary Transparency: Consider Getting Ahead of the Curve

Are you aware of the new “pay transparency” trend? Consider:

• The Ontario Pay Transparency Act, 2018, though delayed “to a day to be named by proclamation of the Lieutenant Governor”,“ will require employers that publicly advertise job openings to include information about expected compensation, or the range of expected compensation, for the posted position.”
• “Employers in Prince Edward Island are now expected to include salary ranges in public job postings and are prohibited from penalizing workers for talking to each other about their salaries.”
• New York City is requiring all employers to include salary ranges on job advertisements, and Australia, Britain, and Germany have similar requirements.
• Indeed has started to sometimes unilaterally input a salary range estimate in postings that don’t include a range.
• Culturally speaking, there’s a popular TikTok account called “Salary Transparency Street” with the creator walking around the USA asking people what job they do and how much they make — she initiated this in part because she didn’t know what her earning potential was or how to negotiate her salary.

We imagine this trend might be unsettling to some of our clients, who may not be inclined to post salary ranges for a variety of understandable reasons, such as:

• You base your offers on a candidate’s particular experience and skill level;
• You haven’t done this in the past;
• Your competitors don’t do it;
• You’re open to salary negotiation at the offer stage;
• And, moreover, there might not (presently?) be any law or proclaimed law requiring you to do so!

And we imagine in turn that some our clients might want to just ignore the trend. We were curious as to why this might be happening, and we wanted to share with you some ideas we came across:

• One article, entitled “Radical Change Toward Salary Transparency” describes that, “With the declining labor force participation rate, the great resignation and talent gaps across numerous industries, the tables have turned in favor of the job seekers” and “Jobs seekers want compensation transparency in job postings, and few companies are doing it today.” As pointed out in Canadian Business by Toronto-based HR expert and career coach Allison Venditti, founder of parent advocacy groups Moms at Work and My Parental Leave, “‘no one is going to sit through three interviews only to find out the job pays $30,000 less than their current role’”! Aligned with this, we read that, “jobs on Indeed with salaries listed … receive up to 90% more applications”.
• Another idea we came across is that as the world moves towards greater equity, the salary gap experienced by women and minority groups remains outstanding, and posting salary might help narrow this gap.
• More broadly-speaking, according to recruitmentmarketing.com, “Salary transparency is likely to be the next seismic shift in the workplace, and companies who choose to adopt it early are positioned to attract and retain top talent.” And, according to canadianbusiness.com, “pay transparency… positions a company as a leader in their industry”.

If you do decide to give a little further thought to the trend and its possible motivations and implications, perhaps run it by your various departments — legal, human resources, as well as operations, finance, etc –for thoughts about how to proceed. For example, if you were considering experimenting with posting ranges externally, one consideration might be how this would impact your current employees: One published view on this is that, “If an employer makes the decision to be transparent with salary externally, such as within their job postings, then they might as well disclose them to their internal organization as well. It would be difficult to manage communications and trust when disclosing compensation externally in job postings, but not make that information available to their own employees.”

If you would like to discuss further, we would be happy to chat with you about this topic. Note, this blog post is just presenting some information, happenings, thoughts, and ideas we have informally noticed out there – it is not advice, including it is not legal advice. If you need legal advice, please consult with a lawyer. 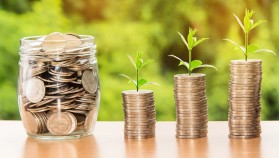